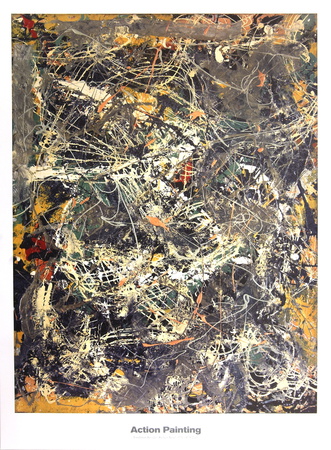 In the past, I have thought of making a business out of bringing together techies and artists, for the purpose of meet and greet, collaboration, and to educate both groups as to why they should consider themselves to be the new Renaissance and support the arts and each other. I was hoping it would have been a function of artist-at-large to create these meetups in the Bay Area, but they haven’t yet came to be. At least not yet.

I have one foot in both worlds, the world of fine art where my work is and the world of tech where my day jobs have been, so I wanted to design a program specifically to bring techies and artists together, with art studio visits and informal gatherings and artist and techie talks. This discussion came up on facebook today and someone mentioned that there is a local group of artists that meetup, but that outsiders never come. Well, if you just have an artists’ Meetup, there is no way the techies would even think that it was something they would want to go to. You see, you didn’t specifically invite them, or, even give them a reason to show up. Hey, come see my work, is not a reason for them to break away from their code. Even the most informal of schedules is more inviting to them than an open ended seemingly chaotic event. Open studios? No way. A meet and greet in the studio with food and cocktails for a half hour, a half hour “lecture” or talk about the artist’s work, and then a half-hour schmooze between the folks in attendance, is much more inviting.

Also, you have to consider that most tech people are heads down into programming code and most have never taken an art appreciation course or even an art history course in their lives. Many do not understand genres, other than ones such as anime/manga, because most tech people – that I know – are very literal. And the ones who do have a little art history under their belt, still don’t get the idea that throughout history the greatest creative renaissances came out of the wealthy supporting the creative work of the artists that work around them. Most average tech people don’t see themselves as wealthy, and cannot grasp the fact that *they* are the ones that should be buying art and supporting culture in their communities. Other than drug dealers, they are the ones around town with bank.

Yes, I am presenting the very far fringes of the situation, but it is not that far from the center of the problem.

The other side of the problem is that artists for the most part don’t know how to network with tech people. They don’t know how to target. Most artists will throw out a public invitation, not even sure if the people they want to reach have seen it or know about the event.

So how to bring these two groups together?

I’d love to hear comments from both sides of the fence on this – from artists, and from techies.