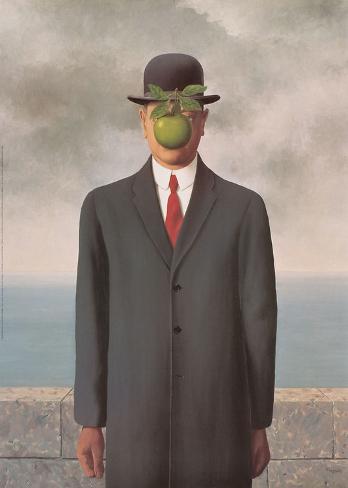 René Magritte was born in Lessines, in the province of Hainaut, Belgium and died of pancreatic cancer in his own bed at aged 68. He was interred in Schaerbeek Cemetery, Evere, Brussels.

Did you know that during the years after The Second World War, Magritte supported himself by producing fake Picassos, Braques, and Chiricos, as well as fake bank notes?

Magritte was one of those fanciful surrealist European painters that caught my eye early on as a child. How long did I think about the painting of the pipe that had “This is not a Pipe”? written along the bottom edge? A long time …

Magritte’s work frequently displays a collection of ordinary objects in an unusual context, giving new meanings to familiar things. The use of objects as other than what they seem is typified in his painting, ‘The Treachery of Images’ (La trahison des images), which shows a pipe that looks as though it is a model for a tobacco store advertisement. Magritte painted below the pipe “Ceci n’est pas une pipe” (“This is not a pipe”), which seems a contradiction, but is actually true: the painting is not a pipe, it is an image of a pipe. It does not “satisfy emotionally”—when Magritte was once asked about this image, he replied that of course it was not a pipe, just try to fill it with tobacco. — Read his biography on Wikipedia 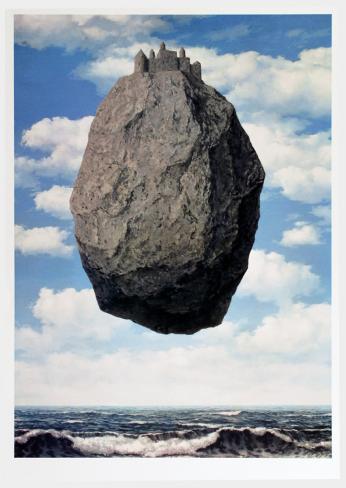 Learn more about Magritte through these titles:

I'd rather sit on the floor in the market of Toluca and sell tortillas, than to have anything to do with those 'artistic' bitches of Paris. -- Frida Kahlo

July 2021: Subscriptions are no longer taken.