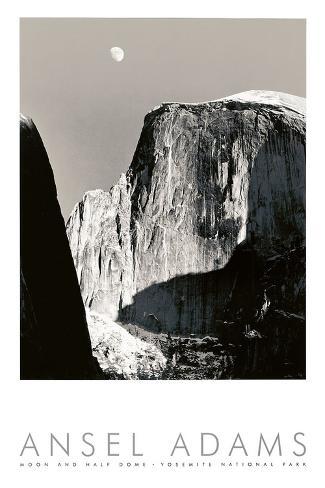 Moon and Half Dome taken in Yosemite National Park in 1960 is just one of Adam’s iconic landscape photographs.

Ansel Adams was an American photographer as well as an environmentalist. His black-and-white landscape photographs of the American West have been widely reproduced on calendars, as posters (like the ones in this post), and in many volumes of books.

Adams is also known for developing the Zone System with Fred Archer, as a way to determine proper exposure and adjust the contrast of the final print. The resulting clarity and depth from using this system characterized his photographs. Adams also used large-format cameras because of the high resolution of this type of camera and helped ensure sharpness in his images. 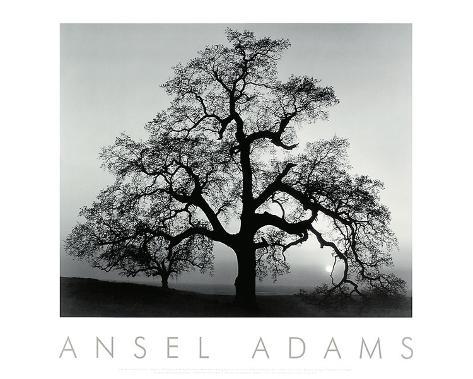 His legacy includes helping to elevate photography to an art comparable with painting and music, and equally capable of expressing emotion and beauty. He told his students, “It is easy to take a photograph, but it is harder to make a masterpiece in photography than in any other art medium.”

Art critic John Szarkowski wrote “Ansel Adams attuned himself more precisely than any photographer before him to a visual understanding of the specific quality of the light that fell on a specific place at a specific moment. For Adams the natural landscape is not a fixed and solid sculpture but an insubstantial image, as transient as the light that continually redefines it. This sensibility to the specificity of light was the motive that forced Adams to develop his legendary photographic technique.” Read a lot more on Wikipedia 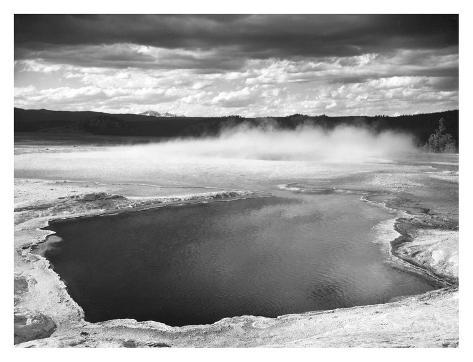 My shadow said I should try a different path. -- Roy Scarbrough